So far, the carbon sinks provided by cycling have had plenty of extra capacity. Indeed, about half of the carbon dioxide emissions emitted into the atmosphere since humankind began using fossil fuels for energy following the Industrial Revolution have been naturally cycled away. Because carbon dioxide dissolves in water, the seas have absorbed around a fourth of it. Plants absorb another quarter when they photosynthesize, converting sunlight into glucose and oxygen.

That carbon absorbed from the atmosphere now exists as trees or is buried in peat, grassland, and soils. It is either locked in the deep ocean, dissolved in water, or moving as silt on the seafloor. In other words, the Earth has cleaned up a lot of our messes, and we’ve managed to bury a lot of the carbon we pulled from one long-term reservoir (the buried remnants of millions of generations of ancient plants and animals) in another. As a result, carbon sinks play an essential role in slowing global warming.

When framed in this way, the issue of climate change becomes one of how rapidly humans emit greenhouse gases in comparison to the Earth’s inherent ability to absorb them. And it makes that natural ability – the continued potential of forests and seas to function as carbon sinks – as important in determining the anticipated trajectory of increasing temperatures soon as planned curbs on human greenhouse gas emissions. Many individuals, however, are ignorant of this aspect of the carbon-balancing equation. And, if they are, they take it for granted — they anticipate forests, seas, and other carbon sinks to continue to serve as our environmental bailout card. Or, to be more precise, our go-to-jail-slightly-slower card.

While sinks have captured around half of the carbon emitted due to human pollution in recent centuries, the remainder has continuously accumulated in the atmosphere. The trees and oceans cannot absorb it quickly enough. CO2 levels in the atmosphere were about 412 parts per million (ppm) at the time of the latest count, and they were growing. It was a 47% increase at the beginning of the industrial period. It was when the concentration was at 280 ppm, and an 11% increase since 2000. Without our natural carbon sinks helping mitigate the effects, that level would most likely be closer to 700ppm today. More carbon dioxide has been driven into the ocean due to anthropogenic emissions increasing carbon dioxide in the atmosphere and land-use change, decreasing land absorption capabilities.

Then, it stands to reason that the future behavior of Earth’s vast carbon sinks – mainly, whether they will continue to bail us out by absorbing carbon dioxide – is a crucial study issue for scientists. How will tropical forests adapt to rising temperatures? Will ocean currents continue to transport carbon to the ocean’s depths? What happens to the rate of climate change if these sinks’ carbon-capture ability deteriorates?

We have no answers to these inquiries. Worryingly, human activity is already transforming some traditional carbon sinks into carbon sources. Changes in land use, such as clearing and burning forests for agriculture, release large amounts of previously stored carbon into the atmosphere. As terrestrial sinks diminish, carbon absorption in the seas becomes ever more essential.

Because anthropogenic emissions have increased the amount of carbon dioxide in the atmosphere and land use, the change has reduced the ability of land to absorb carbon dioxide, and more carbon dioxide has been poured into the ocean. A critical question is whether the seas will continue to be able to absorb surplus atmospheric carbon.

Some experts are concerned that they will not. Not least because warmer water can dissolve less carbon dioxide – and global warming raises the temperature of the sea surface by around 0.13 degrees Celsius per decade.

However, recently released findings indicate that, so far, at least certain sections of the seas continue to take carbon from the atmosphere as we would anticipate. The researchers investigated a stretch of the North Atlantic off the northwest coast of Spain. They discovered that throughout the previous two decades (2002-2016), the topmost layer of the water continued to absorb carbon dioxide at the same or slightly more incredible pace. That is shocking and contradicts the predictions of specific computer models, which predict that the sea surface would become too dense with dissolved carbon dioxide to continue drawing it from the air above. In reality, the study discovered that the carbon dioxide levels in the water remained broadly stable.

A chemical buffering mechanism that effectively boosts springtime carbon uptake might be helping to safeguard the sink effect. We believe that a combination of chemical and biological changes contributed to the persistence of this carbon sink.

One biological shift they believe is to blame is increased phytoplankton growth. These minute marine algae and bacteria use dissolved carbon for photosynthesis, and though they are minuscule, their combined influence can be significant. Photosynthesis generates oxygen, and phytoplankton supply almost half of the oxygen in the atmosphere. As they grow, they absorb almost the same amount of carbon as all of the plants and trees on the planet combined. That is why some people refer to phytoplankton as the ocean’s unseen woods.

According to Morten Iversen of the Alfred Wegener Institute for Polar and Marine Research, phytoplankton is the primary reason the oceans operate as a carbon sink. The seas wouldn’t do anything without them. Phytoseafloorthey can preserve it to fall to the sea floor, where they can preserve it for millions of years. It can happen in a variety of ways. When phytoplankton dies, they sink to the ocean’s surface. They do, however, sit at the bottom of the marine food chain and are devoured by other microscopic animals, which similarly descend to the depths when they die, carrying carbon with them.

This drifting to the depths of dead plankton, together with their feces and other waste, produces a spectacular natural phenomenon called ‘marine snow.’

The decomposing material, flecked with sand and soot, makes fluffy white flakes increase as they fall. Some grow to be several centimeters broad and fall for weeks before reaching the ocean below. These clouds of marine snow, when they fall, supply food for many deep-sea organisms in the dark portions of the ocean, which filter it from the water or scavenge it off the seafloor. Flakes that reach the bottom are mixed into the slushy ooze covering roughly three-quarters of the ocean floor, where microbes degrade them further. Enough makes its way down to contribute to the muddy ooze’s depth increasing by six meters per million years.

Marine snow is critical to the oceans working as a carbon sink because it removes carbon from the system once it reaches the bottom, but the mechanism is poorly understood.

Most oceanographers thought that larger flakes fell faster, but he just conducted research that called that notion into doubt. They used underwater cameras to track the journey of various sized flakes as they sunk between 90m and 530m beneath the surface of the Atlantic. They discovered that there was no size-to-settling relationship. It is significant because it will alter perceptions and make more accurate estimates of carbon sequestration in the deep ocean.

To help our Earth from too much carbon, building sustainable homes from hempcrete can lessen the carbon emitted. Talk to Daniel Roberts today to learn more about eco building.

What Is the Carbon Cycle? 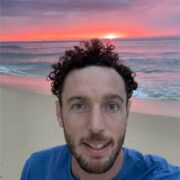 What Is the Carbon Cycle?